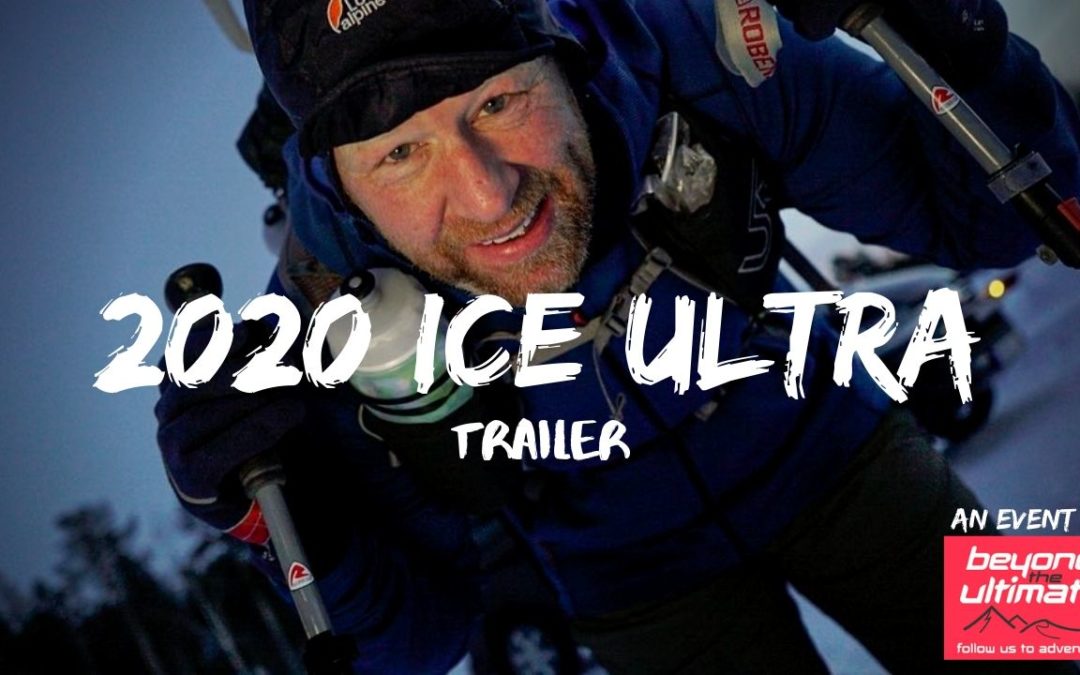 I’ve heard ton’s of self-help guru’s spout the advice – “Follow your passion… Do what you love… Make your passion your life’s work!’ and that advice sounds great at first. Comments like these have really made things hard for me though. I’m a bit of Swiss Army Knife… I tend to do above average at many things so finding the ‘One Thing’ has been a constant source of frustration.

I’m so envious of people that have a single sentence or way of describing the common question of ‘What do you do..?’ When I get asked that, at least a dozen things whizz through my mind and I scramble to pick the title or descriptive that best suits this situation. To be honest, I never get it right and it always seems a little confusing, both to me and others.

Beyond The Ultimate Ice Ultra

In late February 2020, I set out to race in the 2020 Beyond The Ultimate Ice Ultra. Although I knew the arctic environment of old and physically was in half-decent shape, I had been plagued with tendon damage in my left knee and both Achilles. I was worried that I wouldn’t even be able to complete the race as drifted around Lulea, a small town in Sweden, picking up my last few essentials the day before the race. My left Achilles seized and I had a burning sensation deep in the lower part of my calf muscle.

I resigned myself to the fact that this was going to hurt… a lot… but I was going to take in the environment and if nothing else… give it my best shot!

Before every arduous event, I spend time with Phil Kelly, a human performance coach and friend at Pro-Noctis. He coaches Olympic athletes and high-level executives and has an incredible ability to ask deep, probing questions that expose fears and beliefs that I wasn’t even aware of. The answers to which generate self-assurance and laser-like clarity of thought. It’s a little like Androcles and the lion. The lion knew the thorn had to come out and he would feel better after, but digging around to get hold of if fucking hurts at the moment!

Prior to the race, I had created what seemed a rediculous plan to push for a top 5 finish. Now, with injury, I was tormented with the thought that I may not even be able to finish it!

Phil helped me strip back my expectations and consider my highest values, goals and aspirations. A huge reason why I do these challenges and adventures is to hopefully inspire others to take a challenge for themselves. It doesn’t have to be a gruelling 230km race through the arctic, but anything relative to them. With Phil’s painful, probing questions I had the realisation that I just needed the medal and the story! The medal for me and the story for you!

I anticipated hours and hours of mundane marching and running across flat featureless frozen lakes and long nights under the stars. With all this undisrupted thinking time, I also set the intention that I would FINALLY… work out my ‘One Thing’.

As I write this I have returned from the race. Bruised and battered… 14 days later and I still haven’t managed to get a proper pair of shoes on… but I completed it! I got the medal… I also found clarity ion what I will do in the future… More on that later…

So now… here comes the story!

You can expect the complete film in mid-April… but here is a short trailer from the event as a taste of things to come. I hope you enjoy it and find a little inspiration from it. Remember to SUBSCRIBE to my YouTube channel for future notifications.